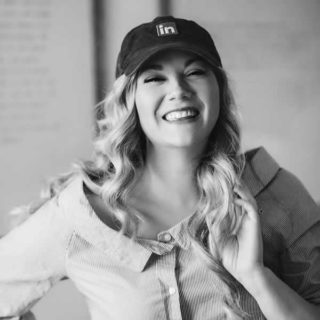 Hailing from Ottawa, Michaela Alexis is currently one of North America’s most in-demand speakers on topics related to LinkedIn. Her journey started in March 2016 when an article she wrote about landing her dream job went viral on LinkedIn. Since then, she has replicated that success, with dozens of articles receiving millions of reads, featured on the likes of CNBC, Success.com, Buzzfeed, Inc. and more.

Over the past decade, Michaela has managed the online presence of more than 100 businesses worldwide, partnered on and starred in brand campaigns with Crowne Plaza hotels and K-Swiss, built her community to over 160,000 followers on LinkedIn, has starred in an Amazon Prime reality TV show called “The Social Movement” and co-wrote a book called Think Video: Smart Video Marketing and #Influencing.

There are over 30 million LinkedIn Pages…and yet most of them aren’t even close to tapping into the full potential of the platform.

Michaela Alexis, a LinkedIn Learning instructor and LinkedIn Pages expert that has helped brands across the globe harness the power of LinkedIn Pages, is ready to unleash all the knowledge you’ll need to grow a community on LinkedIn around your products or services.

In this session, you’ll learn how to create your LinkedIn Page, how to build a community of raving fans, and how to turn followers into real, paying clients for your business…without spending a dime!

If you’re ready to learn more about one of the biggest opportunities for B2B brands, join Michaela in this session and walk away with an A-Z blueprint on how to turn your LinkedIn Page into a lead-generating machine: